Spice Diana in a new song with Tanzania’s Harmonize

This comes after Musician Spice Diana recently jetted to Tanzania for Harmonize’s concert which was a success.

According to a reliable source, the two managed to hit studio and record a song before proceeding to shoot a video. The new song will be released in two weeks from now.

In the past, Harmonize had collaborated with Eddy Kenzo twice, Chameleone etc and Spice Diana collaborated with Tanzanian diva Rosa Ree on Jangu ondabe remix and all songs received fair airplay in Uganda and Tanzania. 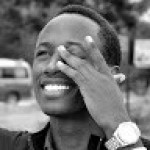